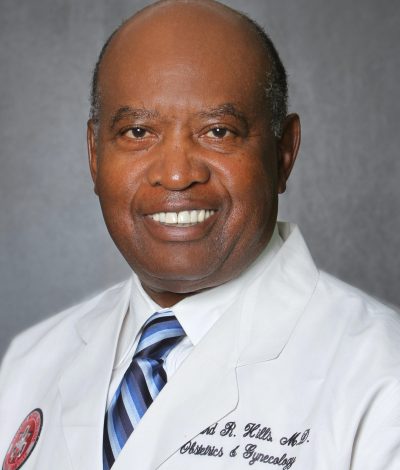 Dr. Edward Hills is an obstetrician and gynecologist at the Meharry Clinic who provides women’s health services and treatments for conditions such as uterine fibroids.

He completed his undergraduate studies in pre-med at Morehouse College in 1959 and received a degree in Pharmacy in 1962. He earned his medical degree in 1966 from Meharry Medical College and completed an internship at the United States Air Force Hospital Andrews Air Force Base in Maryland in 1967.

He completed his training as a flight medical officer at the School of Aerospace Medical in Brooks Air Force Base in Texas in 1967, and his medical residency at what is now known as Nashville General Hospital at Meharry.