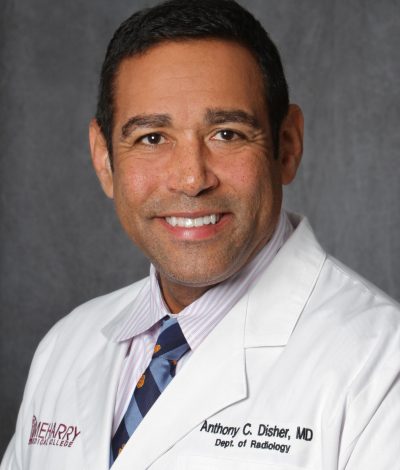 Dr. Disher returned to Meharry Medical College in July 2004 to oversee the Department of Radiology and serve as Chief of Radiology for Nashville General Hospital at Meharry.

In June 2007, he was appointed to the Tennessee Breast and Cervical Cancer Advisory Board.  Dr. Disher is the author of multiple scientific publications and recipient of numerous honors and awards.

His major areas of research interests are women’s health, particularly the dietary effects in women susceptible to breast cancer and eliminating cancer disparities for women in underserved communities.